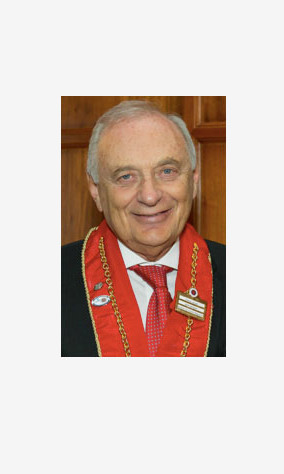 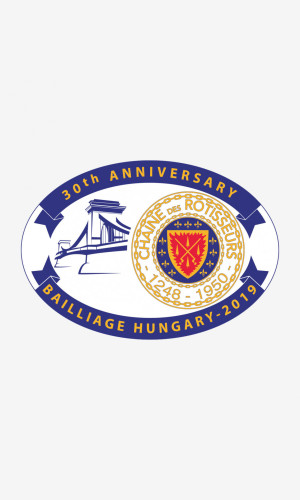 Welcome to the website of the Hungarian National Bailliage of the Chaine des Rôtisseurs!

The International Gastronomic Society was founded in France in 1248 terminated during the French Revolution, and reformed and registered in 1950 in Paris. The Hungarian Association has been founded twenty-six years ago, on the 2nd of January, 1990 joining amateurs and professionals who are devoted to promoting fine dining. Members celebrate the pleasures of the table, the highest levels of national and international gastronomy based on traditions while being open to innovative ideas and methods.

The Board headed by the Bailli Délégué plan the individual activities, organize diner amical using the practices of the old French royal guild of goose roasters, preserving the old and famous Hungarian gastronomic traditions at the same time.

Our main target is that amateurs share fine dining experience with fellow members, enjoy exceptional food and become connoisseurs of wines and selected spirits while the professional take the challenge and show their skills of the culinary and service staffs when demonstrating their expertise and creativity at events they host.

Through examples we have the key to make the famous Hungarian hospitality and Hungarian culinary arts known in more and more extensive range and attract the attention of gourmets and foreign Chaine friends visiting us.

With all these the opportunity is ours to maintain friendships, to establish new ones and enjoy each other's company to the utmost in the friendliest atmosphere and ambiance.

One of our priorities is to support the future generation of the catering industry, meaning the chefs under the age of 27 and the sommeliers under the age of 31, and to help their international appearance and competence. The most important project in this field is to organize local competitions and giving chance to the winner to represent Hungary on international stage. The winners of these rounds got to represent Hungary in the world championship. Their entry-fee are paid by our Society.

On April 10, 2019 National Young Chefs Competition has been organized (24th in line) at METRO Gastro Academy for young talents under the age of 27. On April 13, 2019 Award Ceremony took place at a gala dinner in Continental Hotel Budapest.

Áron Barka, Officier Maitre Rotisseur (Continental Hotel Budapest) has been invited to be the member of the 12-member international jury and to represent Hungary in Calgary.

On approval by the Assembly General Meeting of the Chaine des Rôtisseurs Association Mondial de la Gastronomie in Paris we organized the 17th Grand Chapitre between 12-15 September 2019. Our Bailliage celebrates its 30th anniversary in 2019, so it was a jubilee event. Programs were the following:
- 12 September: welcome dinner, medieval diner amical at Lancelot restaurant, short sightseeing by bus, drink at Meadoff Bar
- 13 September: excursion to Törley Sparkling Wine Cellar and to the Great Plain Lajosmizse
- 14 September: sightseeing in the morning hours then lunch at Budapest Bisztró; afternoon award-giving, promotion and induction ceremony at Corinthia Budapest Hotel
- 15 September: relaxing hours at Corinthia Spa; farewell lunch at Gundel restaurant

We were honored to receive Mr Jorgen Krenk, Bailli of Denmark and Membre du Conseil Magistral as induction officer. To our great pleasure guests arrived from the United States, China, Russia, Germany, Norway and Austria.

We are grateful to everyone who had her or his share in organizing the successful series of programs and contributed a lot to make them memorable for all participants.